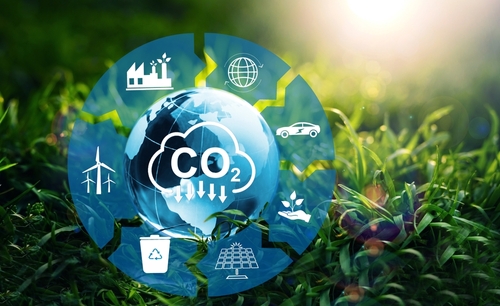 U.S. Senate Democrats are expected next week to pass the Inflation Reduction Act (IRA) of 2022 through the reconciliation process without support from Republicans, who will have to contend with growing support for a bill that aims to reduce climate change through significantly reduced emissions.

In fact, two separate reports recently released by Energy Innovation Policy and Technology LLC and the Rhodium Group say the bill would support President Joe Biden’s commitment to cut emissions in half by 2030.

“We find that the IRA is the most significant federal climate and clean energy legislation in U.S. history, and its provisions could cut greenhouse gas (GHG) emissions 37-41 percent below 2005 levels,” according to the clean energy think tank Energy Innovation, which on Aug. 1 released its report, Modeling The Inflation Reduction Act Using The Energy Policy Simulator.

“If the IRA passes, additional executive and state actions can realistically achieve the U.S. nationally determined commitments under the Paris Agreement,” said the nonpartisan Energy Innovation.

“Under a business-as-usual scenario (i.e., including all enacted federal and state policies to date), our modeling forecasts the U.S. would reduce emissions 24 percent compared to 2005 levels by 2030,” Energy Innovation reported.

“Our preliminary estimate is that the IRA can cut U.S. net [GHGs] down to 31 percent to 44 percent below 2005 levels in 2030 — with a central estimate of 40 percent below 2005 levels — compared to 24 percent to 35 percent under current policy,” according to the Rhodium Group, which noted that the range reflects uncertainty around future fossil fuel prices, economic growth and technology costs.

Rhodium experts also said that the bill would “meaningfully reduce consumer energy costs and bolster U.S. energy security over the medium-term, and it picks up where the Infrastructure Investment and Jobs Act (IIJA) left off in supporting the widespread commercial deployment of emerging clean technologies.”

Congress last year approved the IIJA and said a separate reconciliation package addressing climate change with federal action would be forthcoming. However, negotiations on the package stalled at the end of last year before U.S. Sens. Chuck Schumer (D-NY) and Joe Manchin (D-WV) recently reached consensus on this package.

And although more action across other levels of government also would be required to cut emissions by 50 percent to 52 percent below 2005 levels, the Senate package represents an important and historic step forward, according to the Rhodium Group.

John Larsen, a partner at the Rhodium Group, has said the power sector will be front and center in cutting emissions this decade because the bill focuses on clean energy tax credits for storage, renewables, nuclear, and carbon capture and sequestration.

Energy Innovation agrees, estimating that the clean energy tax credits proposed in the bill would cut emissions by 800 to 1,100 million metric tons, while additional emissions from new oil and gas drilling could reach 50 million tons.

The IRA also requires several auctions for oil and gas on federal lands and waters prior to auctions for renewable energy projects, and requires the completion of several 2022 lease auctions that were previously canceled, according to Energy Innovation.

“But these provisions are far outweighed by benefits to the climate,” wrote Energy Innovation Communications Director Silvio Marcacci in an Aug. 2 commentary for Forbes. “For every ton of new emissions generated by the IRA oil and gas provisions, at least 24 tons of emissions will be prevented by the legislation’s clean energy provisions.”

A summary of the Democrats’ more than 700-page proposal for the fiscal year 2022 budget reconciliation bill says the bill would invest a total of $369 billion in Energy Security and Climate Change programs over the next 10 years.

Additionally, the bill would authorize comprehensive permitting reform legislation to be passed before the end of the fiscal year.

“Permitting reform is essential to unlocking domestic energy and transmission projects, which will lower costs for consumers and help us meet our long-term emissions goals,” the summary says.

Overall, the Inflation Reduction Act also would make a down payment on deficit reduction to fight inflation, invest in domestic energy production and manufacturing, and allow Medicare to negotiate for prescription drug prices.