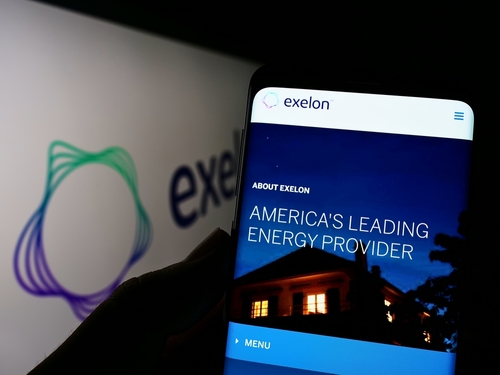 According to the 2021 Corporate Sustainability Report released by Exelon last week, some big numbers advanced larger strategic hopes, including $6.6 billion invested into energy infrastructure, $450 million into energy assistance, and dozens of other initiatives.

As the nation’s largest energy transmission and distribution company, Exelon’s investments affect as many as 10 million customers and the communities in which they live. Those items represented in the CSR reflected last year’s impacts only – and do not show the effects of the decision from earlier this year to spin off Exelon’s power generation business into its own, separate entity known as Constellation.

“Exelon’s strategic investments in environmental, social, and governance priorities are both the right thing to do and a clear competitive advantage for our company,” Exelon President and CEO Chris Crane said. “Our unwavering commitment to safety, operational excellence, diversity, financial health, strong ethical standards and controls, and prudent, customer-focused investment in reliability continues to enhance the sustainable value Exelon delivers to all of its stakeholders. Exelon will continue to lead by example in the years ahead as the climate crisis, along with systemic inequity in our communities, further shape what is imperative to our business and challenge us to do even more in alignment with our core values.”

Though moves on Exelon’s part included hundreds of initiatives last year, the CSR gathered them into eight areas of focus:

Clean energy topped the list and seems set for the future as well, with the $6.6 billion in investments already deployed and another $29 billion planned between 2022 and 2025. These, in turn, will allow additional renewables to be rolled out and greater electrification of the transportation sector. The company is also planning to adapt the grid to ongoing extreme weather and the larger effects of climate change.

Last year, Exelon also unveiled its Path to Clean commitment, which called for reducing operations-driven emissions by 50 percent by 2030 as a milestone to a net-zero target in 2050.